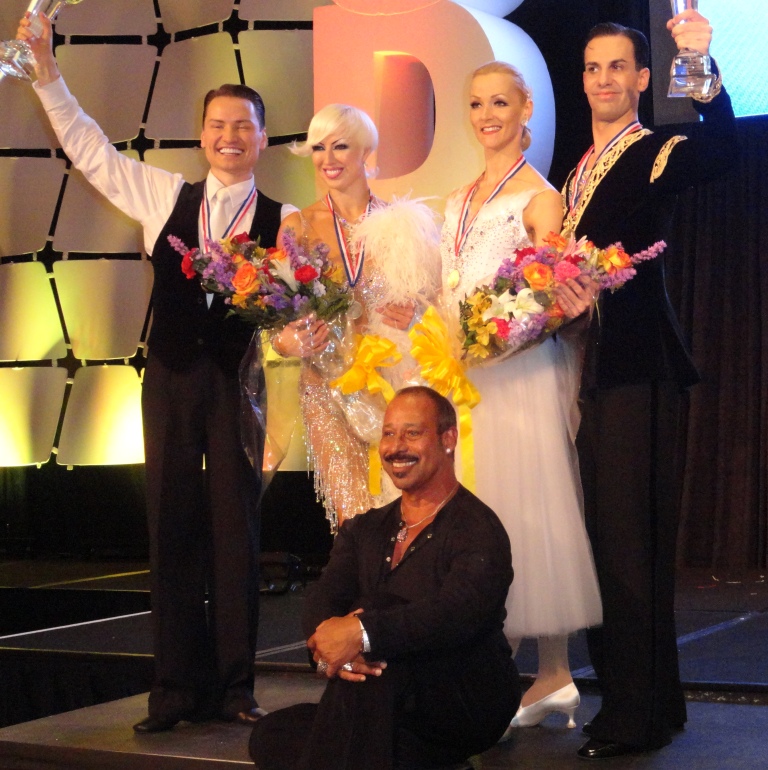 In a remarkable BIG DOUBLE WIN at the U.S. National Dance Championships (USDC) held in Orlando, Florida, on Saturday, September 7,

This means that both couples, as U.S. National Professional Champions in their categories, will represent the United States in the World Championships!!

It is highly impressive and remarkable that TWO professional couples from Goldcoast Ballroom have won FIRST PLACE NATIONAL CHAMPIONSHIPS at the same USDC National Championship competition!

No one we have interviewed can remember that it has ever happened before that TWO professional couples from the same ballroom have won NATIONAL FIRST PLACE titles at the same USDC Competition!!