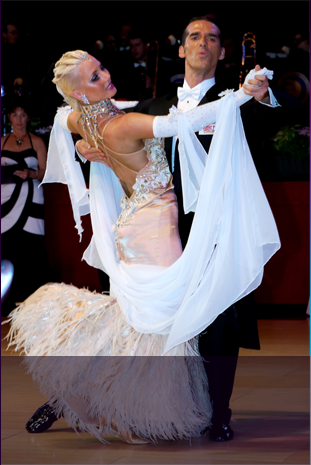 Tone Jacobsen “grew up in Oskleiva, Norway and began dancing Ballet at the age of 4. By the time she was 21, she was accepted into the Ballroom Dance Company at Brigham Young University in Provo, Utah on a full scholarship.

During her youth, Tone trained in dance at the following schools:

She traveled with the company for performances in Hawaii, Europe, New Zealand, and Australia. Soon she had a 4-year degree from BYU and it didn’t take long for her to find her way to New York. Inevitably, she found Samuele and danced with him from 2008-2010.”

Tone was on Dancing with the Stars Norway – “Skal Vi Danse”.   She and her partner made it all the way to the finals!

Here is a video including some of Tone’s performances on Dancing with the Stars and in Competitions:

More information about Tone Jacobsen is found on her website:
http://tonejacobsen.com 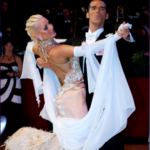