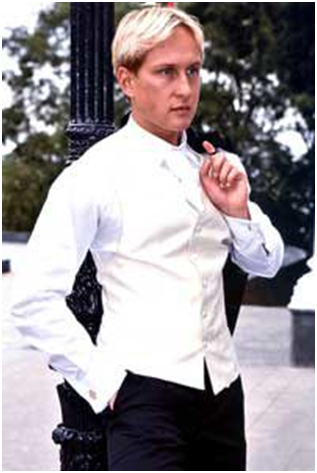 During his career Kirill has become a champion many times at several competitions with different levels of dancing in all European countries.

At the age of 14, Kirill started to teach other kids, teens and even adult people how to dance. When Kirill was fifteen years old he first became a Finalist at the Blackpool Dance Festival, and won 5th place from more than 300 couples from all over the world. It was a huge success. (Blackpool Dance Festival in Great Britain is one of the biggest competitions in the world and is the most prestigious one for Ballroom and Latin dancers).

At 17 Kirill started to live in the capital of Ukraine in Kiev. He earned his first Masters degree in Classic Choreography at the age of 21. He graduated from Kiev National University of Art and Culture. He went on to earn his second Masters degree in Law. Kirill finished his study at Taras Shevchenko Nation University of Kiev.

After moving to the United States, he met and married his wife Anna Hitroff while both of them were living in New York. After one year in New York Kirill and Anna moved to Florida, where they continue to share their knowledge, experience & passion to dance.